The overall Copper Canyon system is larger and deeper than the Grand Canyon in Arizona, but is actually made up of  six distinct canyons.  Urique Canyon is the deepest of those at 1,879 meters (6,200 ft) and the primary reason I came to Cerocahui was to hike around it.

Our hike began at the top at a view point called “Mirador de la Mesa de Arturo” where you can spot the Urique River and the town of Urique below amongst the Sierra. Here’s another of my shakey videos to give you a sense of the view.

From here we hiked the 15km down to the town of Urique, it took a while, as the track is rather steep. As we moved further down the mountain you could notice the change in vegetation and temperature. So as it got greener the layers were peeled off and a healthy thirst was built up, which was recitified in Urique later in the day. 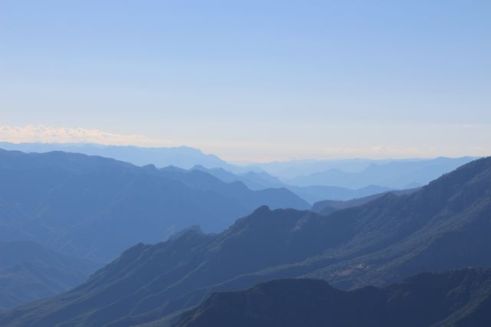 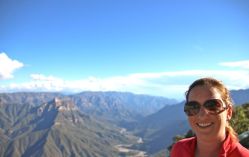 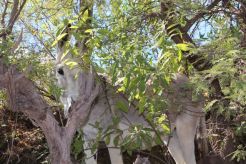 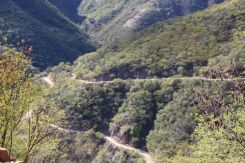 But the fun didn’t stop at the bottom. We had an enjoyable few hours in Urique before heading home. There was a fiesta underway to celebrate the birthday of a local girl and some of the revellers were in recovery mode from the night before! 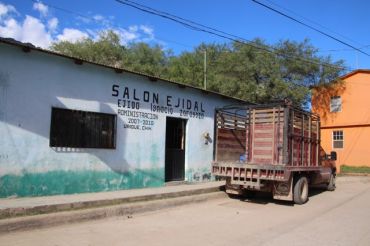 Something that struck us as odd when we walked into the town, was this road. It’s considerably bigger than all the other streets and seemed out of place. 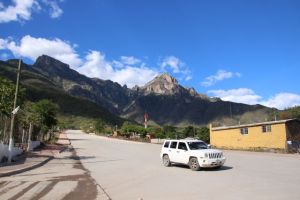 Until we learned it doubled as an emergency runway.

Then we looked again it’s a hill facing a mountain, how could that work as a runway?

As luck would have it when we were leaving there was a plane taking off so we saw it first hand!

Another great day in Copper Canyon.