Lake Tekapo is a popular stop for tour buses, so we elected to spend the night to try and enjoy it without having to jostle around groups getting snap happy. Although I was quite the shutterbug here myself, how could I resist?

Coupled with clear skies and it’s distance from other towns Lake Tekapo is known for stargazing. In fact it’s the world’s largest Dark Sky Reserve. On the edge of the lake is Mt John and perched on top of that is the Mt John Observatory. We took the trail to the summit in the afternoon and were rewarded with 360 view of the region. Later that night we took a star-gazing tour and I learned quite a bit about what’s over head. Complete with telescopes and a very personable and knowledgable guide I had a look at the rings of Saturn and finally understand what’s different about the night-time sky between the northern and southern hemisphere. The guide was quite quirky and I just wish I could remember his one liners to share with you. He opened the talk about what it means to be a dark sky reserve and was clearly proud of the area, “there’s a place for Las Vegas…..it’s just not here”

Unfortunately later that night after the tour, the clouds rolled in so I didn’t get any nighttime shots, instead I had to make do with the pub – tough gig! Here are some pictures I took earlier in the day from Mt John. 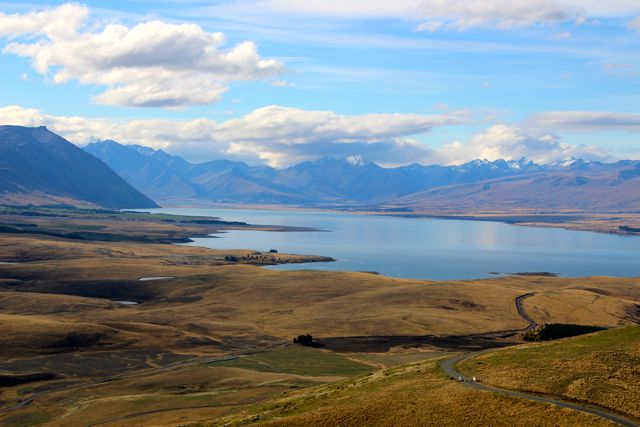