I have been to Byron Bay a number of times and each time I’m at the lighthouse and look across the ocean to see the peak of Mt Warning, I promise myself the next time I’m here I’ll hike up it. Well I learned from my past mistakes and this time organised myself to get to Mt Warning / Woolumbin first so I was out of excuses. That system works because I was hot and sweaty after working my way up in the humidity, so getting to Byron later that afternoon for a splash in the waves was perfect.

Mt Warning is another of the day hikes recommended by  Australian Geographic. It’s a 8.8km return hike through rainforest culminating in an expansive 360 degree from the summit. If you are an early riser an option is to be on the summit to see the sunrise as its the highest point on the East Coast, it’s the first place in Australia to greet each new day. I opted for a later start and got on the  track about 7.30 (late enough to find an open coffee shop and still early enough to avoid the mid day heat) 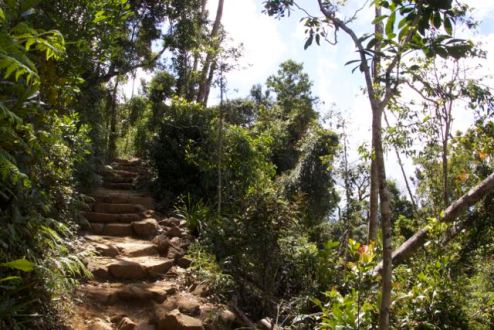 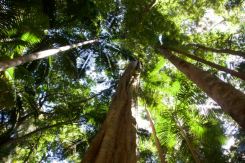 Looking up on the trail at Mt Warning 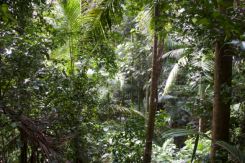 Mt Warning is the remains of an ancient volcano, believed to have last erupted about 23 million years ago. The walk tracks starts generously enough on well defined tracks through the rainforest with modest steps before climbing steadily. The hike is punctuated with open views across the hinterland before the last big effort of a rock scramble with the help of a chain to the top. It was somewhat overcast when I reached the top but the views were still rewarding. 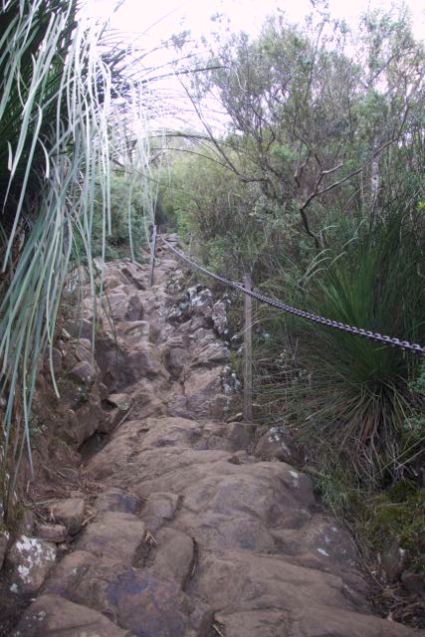 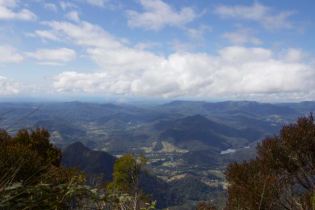 2 thoughts on “Will procrastinate another day”