There’s a pattern that’s developed since I have been working. Whenever there is a public holiday I try my best to take advantage and scrimp together any remaining holiday leave to add to it and get away and do something I couldn’t otherwise do in a regular weekend. Australia Day was no exception, falling on a Tuesday, meant the Monday was fair game and I took myself off to Tasmania on Friday night.

Originally I had booked somewhere to stay and being a holiday weekend everything was pretty crowded so I had to book all 4 nights…… in the weeks leading up that didn’t sit right with me, so I decided to enquire if there were any camper vans available for the weekend instead. So it happened, my first camper van experience….. I am a believer.

I flew into Launceston, late on Friday evening and after picking up the camper van decided on not driving too far. Instead parking up in a town called Longford about 20 mins from the airport and spent the evening chatting to my camping neighbour, Allan… with compulsory beers……..And exhale…….I could get used to this!

Saturday morning rolled around and I was up bright and breezy with my map in hand. Allan had made some suggestions the previous night as there was numerous bush fires and some road closures so I headed in the opposite direction to those and drove to the east coast.

My stomach told me it was time to stop mid morning for a snack. I pulled into the town of Scamander and got a rockstar park along the shore. What’s not to like? 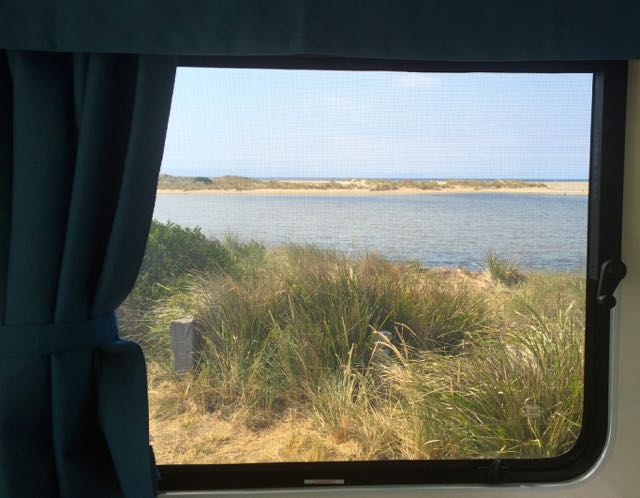 Seeing as I was here I went for a ramble and took the camera. It’s been a while since I have taken many photographs so was great to have the camera back in hand and nothing else on my mind. Here’s a few snaps from that afternoon, before I got back on the road and headed a little further north to find my spot for the night.

Edging closer to the ocean, I can hear it but have not yet seen it 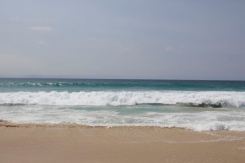 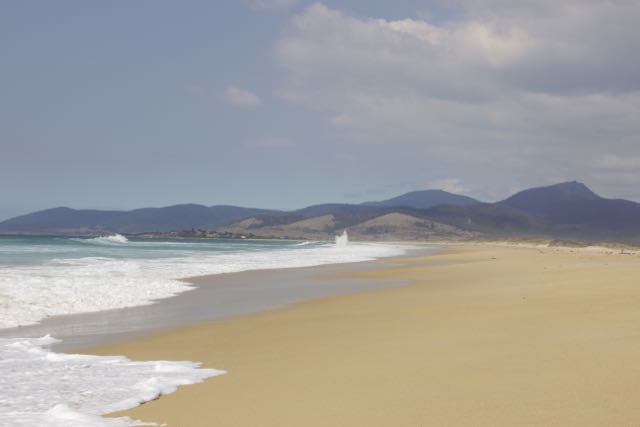 Hate crowded beaches…. ‘The Hazards’ of Freycinet National Park in the distance