Some days are meant to be filled with little more than walking, swimming and photography and this was one of those. I set up camp i.e. parked the camper van, at Swimcart Beach, in the Bay of Fires and let the day evolve.

The Bay of Fires got its name in 1773 by Captain Tobias Furneaux, who supposedly saw the fires of Aboriginal people on the beaches. The area is perhaps better known for its beaches being bordered by orange coloured granite boulders along the shore line that caused by a lichen.  There is an option to participate in a 4 day guided walk along the coast but instead I opted to do snatches of it on my own while based at the southern end in an area called The Gardens.

These photographs I took close to Swimcart Beach early one morning. Having no phone reception for a few days was conducive to getting some great sleeps and I had no hesitation to getting to pre dawn. Unfortunately it was overcast so limited colours, but undoubtably being on the beach so early sets me to to have a good day. 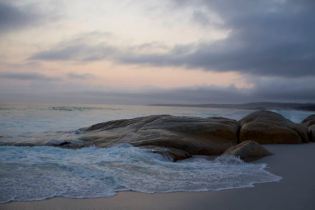 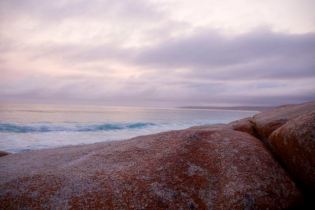 Pre dawn colours at the Bay of Fires 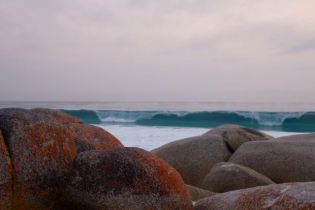 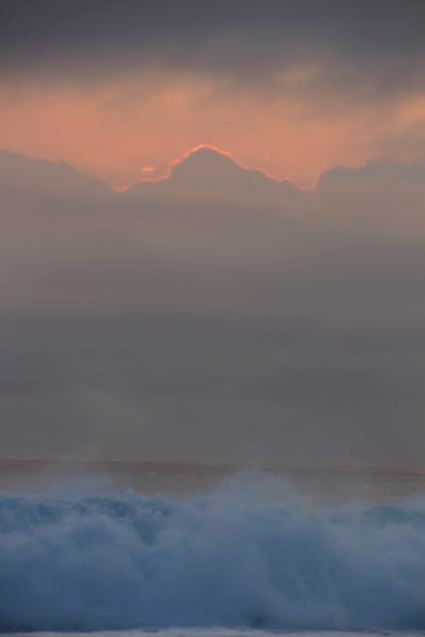 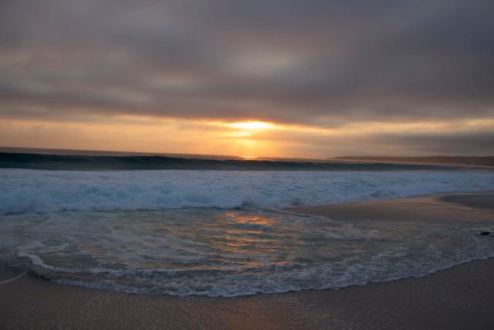 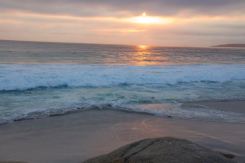 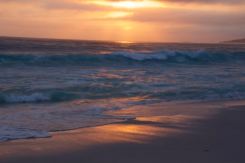 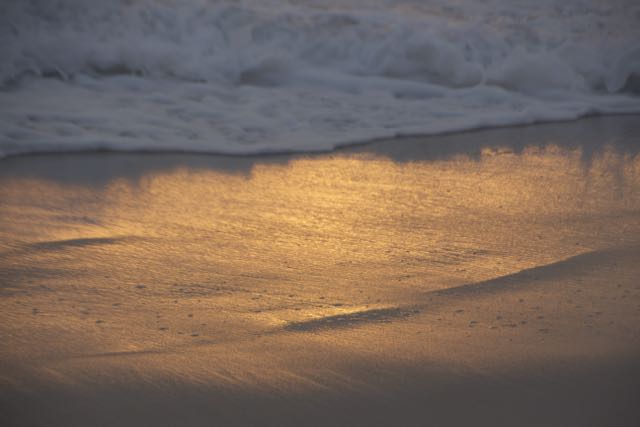 Swimcart beach is in the Bay of Fires Conservation area, so surrounding the beach is acres of bush and scrub. At sunset I was spoilt for choice, west to the setting sun over the bush or east to the ocean. The day had remained mostly cloudy so not the most spectacular of sunsets but great to be in my bare feet on a beach witnessing it all the same. 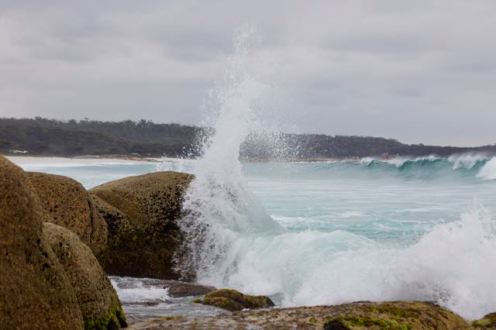 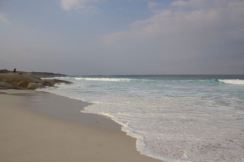 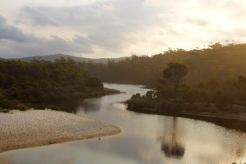 Caravan in the sinking sun, Bay of Fires 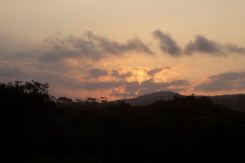 2 thoughts on “Dawn to Dusk at the Bay of Fires”