I had two all too brief days in Mexico city. Like what happens so often, it was what I had unplanned that I enjoyed the most.

The city is mammoth so I needed a plan and had a list of museums and places I wanted to see.

I don’t often talk to my friends about religion, but I remember the topic coming up one night, when somebody asked, ” Are you a Catholic?” “Yes” I replied. “I just don’t get that whole thing”, he said, “it’s all smells and bells!”  There is a bit more too it but I always liked the simplicity of that thought. I might suggest to him to visit Mexico City to help his understanding! More churches here than you can shake a stick at, even came across one that has mass for deaf and dumb people once a week.

But it was while rambling through the historical district that I stumbled into a postoffice and was utterly captivated. In a city of great architecture and history this building can hold its own. It is quite simply beautiful and made me yearn to live in yesteryear. I had just left the Museum of Terror moments prior which was utterly disturbing so was in need of some positive history and good feeling and this place delivered

The Palacio de Correos de Mexico (Postal Palace of Mexico City) was built at the very beginning of the 20th century, taking almost 5 years to construct before opening in 1907. It has been open for business ever since. Its architectural style is highly eclectic, designed by Italian architect Adamo Boari, who mixed materials and design elements from Europe and Mexico. And yes, I posted a letter there before leaving the city! 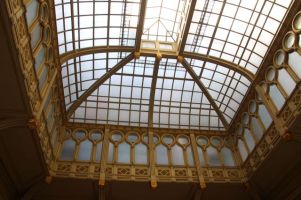 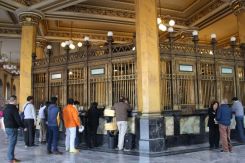 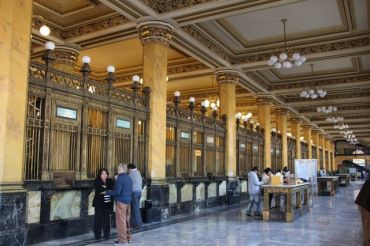 4 thoughts on “When was the last time you wrote a letter?”