Arriving in Dublin airport always marks the beginning of a great time. Fortunately I was lucky enough to have been in Ireland last year, so not too long between visits.  Even so, I have a long list of “must dos”. After seeing family, it’s  about the craic, which for me  is things that must be eaten, much that must be drunk and seeing places I’ve missed. All of which are best enjoyed in good company. So one of the first places I went when I got to Ireland a few weeks ago was Coney Island.

The story goes that this Coney Island in fact gave its name to the American one.  Years ago ships used to sail between Sligo and New York. The Irish captain of one such ship, thought New York Island reminded him of home,  and so named it after his own Coney Island in Sligo Bay.  At least thats how we tell it around here!

The island although not large in size, over-delivers with character and personality. Not everybody enjoys its charm, but to those of us that do, that’s a blessing.  I did a bit of fishing while I was here.  Actually no, a more accurate description would be that I spent alot of time in a boat holding a rod that caught nothing. Even so, there’s nothing nicer than a few hours spent out in the boat. All that fresh air, can give you a healthy appetite and thirst! 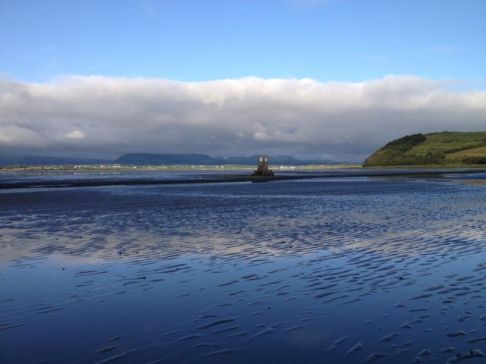 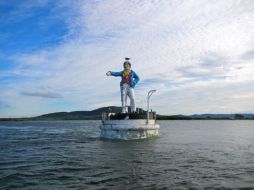 The Metal Man, directing boats in the channel 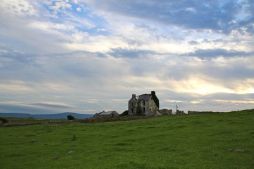 “Fishing” at least in theory

Finally Dad caught one, but it had to go back