Cape Le Grand National Park is an easy day trip from Esperance where I stayed last night. Fuelled with a proper coffee (great to be back in a town!) I pointed the car in that direction and set off. This trip was really just to wet my appetite for a longer stay another time. I knew a storm was coming in the afternoon so decided to squeeze what I could out of the day.

First order of business was a hike up Frenchman Peak. This was fun. It’s a 3km loop to the top and back and really it’s just one big rock of granite. No scree, no dirt, no tree roots to negotiate, some clambering and hopping closer to the top but altogether fun and no chore. 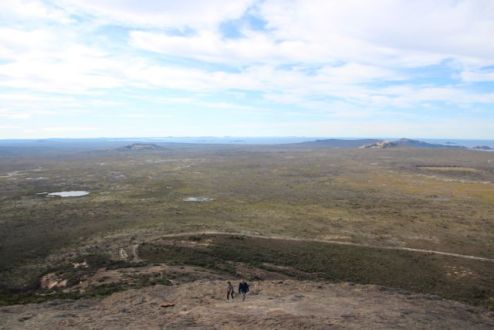 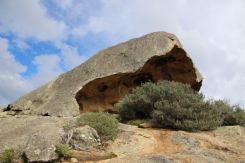 From the summit there are views right throughout the park, but it’s the cave like features up there that are the most interesting. It was easy to imagine people camped here many years ago watching over the land. There is an Aboriginal story called Walich Dreaming about the park, in this tale, the peak is a ‘walich’ meaning ‘eagle, who is watching the sea’. Pretty good views.

The day was beginning to turn when I got back to the bottom and headed towards the beaches. I have seen amazing pictures of Lucky Bay and these doesn’t do it justice. The skies burst about 5 minutes after I took these photos but even in the darkening angry skies the water is such a beautiful turquoise. I will be back when there isn’t a storm! 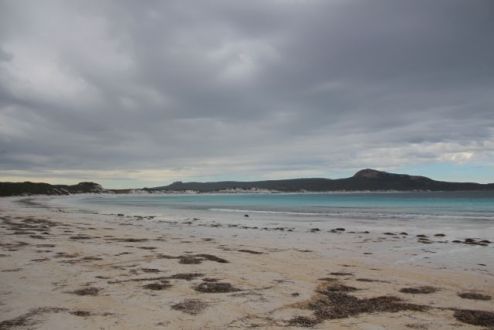 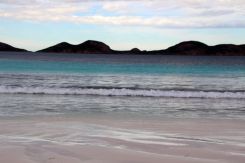 So my afternoon was spent in the car, I suppose it’s time I started making some progress towards Sydney and look what appeared, the beginnings of a double rainbow, nice.

One thought on “Pushing my Luck”